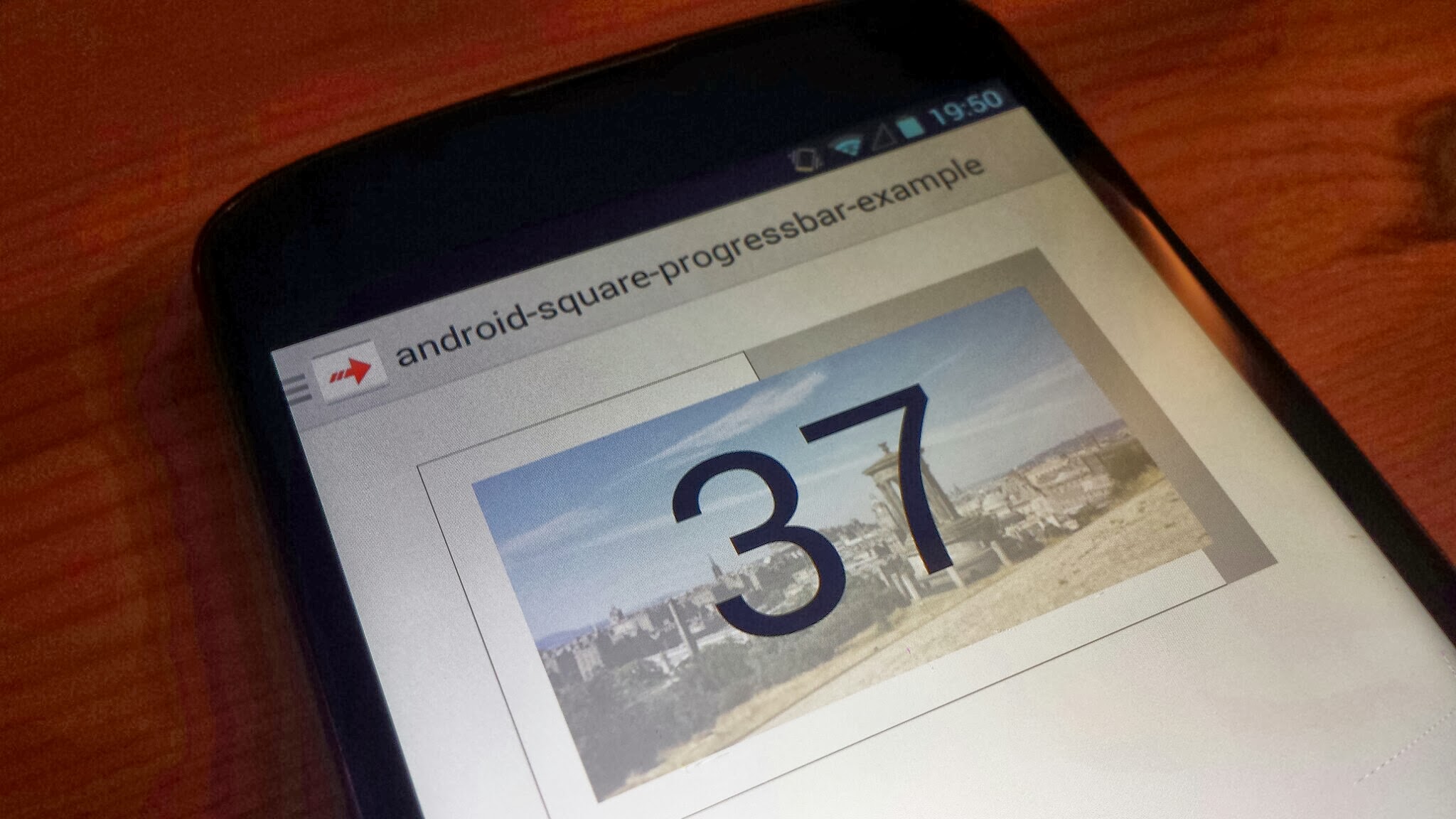 After my second holidays this year I’m finally publishing the next major version of the android-square-progressbar. This includes some new stylish effects to the library and fixes a few bugs which appeared. Thanks again for the feedback guys.

I added 2 more or less small tweaks for the image border, but they give an additional nice look. You can simply add them to your android-square-progressbar with the following commands:

This is one of the features I was looking forward to implement. So I decided to put a bit of more effort into it, and I came up with the following usage:

There is a new object called PercentStyle which has 3 attributes:

You can easily assign different styles to the square-progressbar. This is how you can do it:

In the example application I implemented a new dialog where you can play around with different combinations:

A bug appeared while using the library and the opacity option (added with the version 1.2.0). If you didn’t set the opacity to false, there would be a NullPointerException. This is now fixed with this version.

You can find the newest code on GitHub here: https://github.com/mrwonderman/android-square-progressbar

There should be an updated example application on Google Play in the next few minutes: https://play.google.com/store/apps/details?id=net.yscs.android.square_progressbar_example

For questions and/or feedback, just drop me a line via email: yannick@signer.pro

Finally I got my Leap Motion sensor today. I waited like ever for this little magical device. If you don’t know it, then check out the following video:

You can install the software and try some of the applications from Airspace, which all work pretty nice. But the most interesting part is of course the SDK. You can download the Java SDK here: https://developer.leapmotion.com/documentation/Languages/Java/Guides/Leap_Frames.html

It is quite easy to create a java project with the right libraries and start writing code. You can find more information about that here: https://developer.leapmotion.com/documentation/Languages/Java/Guides/Setup_Java.html

My first simple Java program simply counts the amount of fingers and hands the sensor detects. You can find the code on GitHub here: https://github.com/mrwonderman/leap-motion-basics. The result in the console looks like that and works quite well.