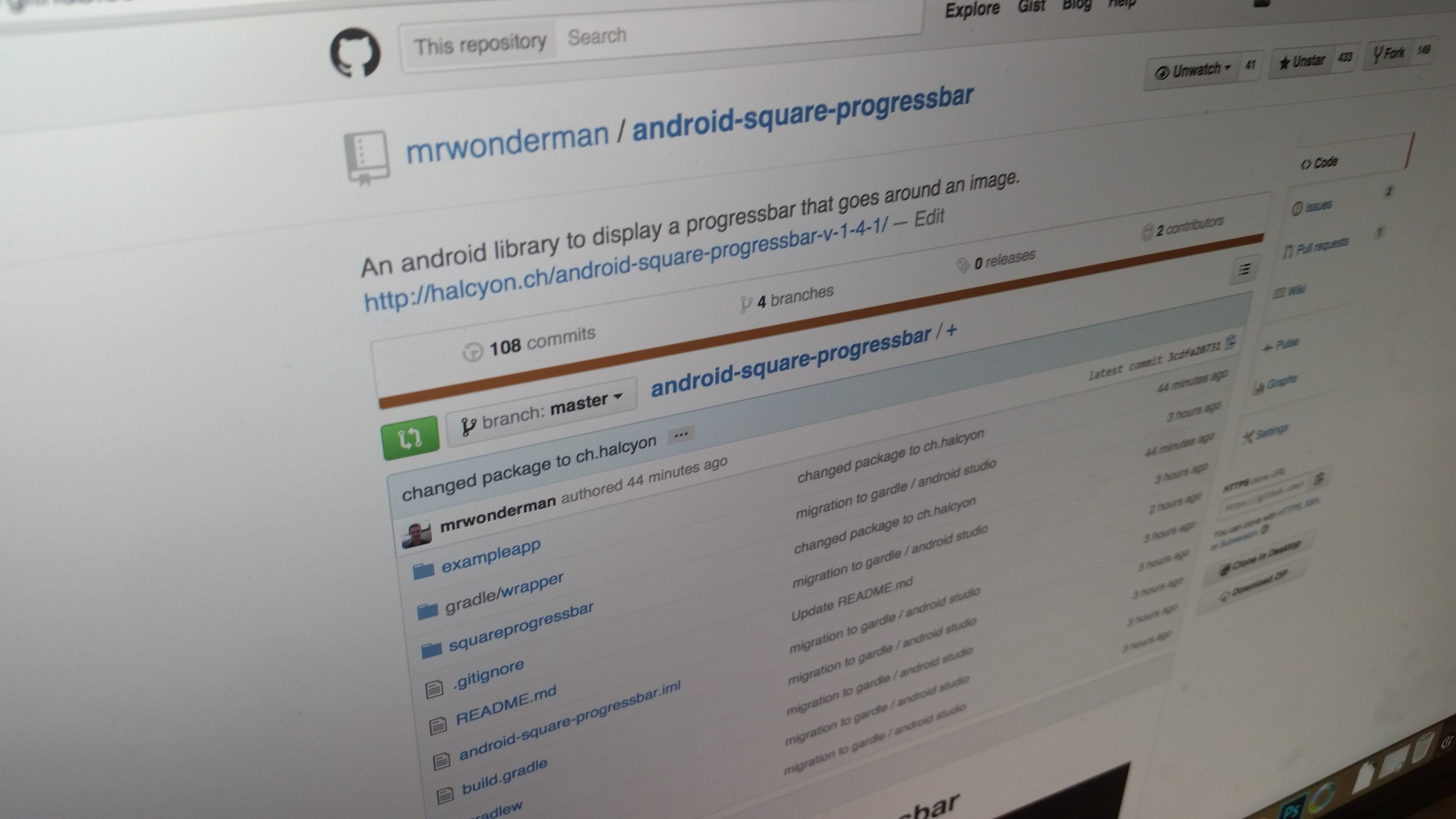 This is the newest major release of my android library. After various comments and some preparations, I finally switched the library to gradle. I also switched the structure of it accordingly to the guidelines of the Android Studio. But the most important change is the new package name.

In the recent weeks, I was slowly migrating content from my old website (signer.pro) to halcyon.ch. I want to use this domain for my projects from now on and so I had to migrate the library as well. The other reason for the change is that as I want to push the library to the central maven repository I have to match the package name with a domain that belongs to me. But when I started developing (5 years ago) I didn’t have an own website so I then set the package name to net.yscs.android. It now turns out, that yscs.net is a Chinese company, so I can’t buy that domain. Thus, I had to change the package name anyway to publish to the central repo.

If you update to the newest version of the library you have to change the paths of the imports and the layouts accordingly (sorry!!). The old layout was:

But with the updated version 1.5.0 you now have to use it the following way:

The biggest thing that will come in the coming month is the deployment of 1.5.0 to the maven central repository. After that is done, I will add the code of the indeterminate progressbar (see issues/26). This will be the first real deployment of a new feature with gradle and I’m kinda looking forward to that. That’s it for the moment. I will post again, as soon as the library is available at the central repository.